Here’s Why Your Breast Implants Are Bottoming Out 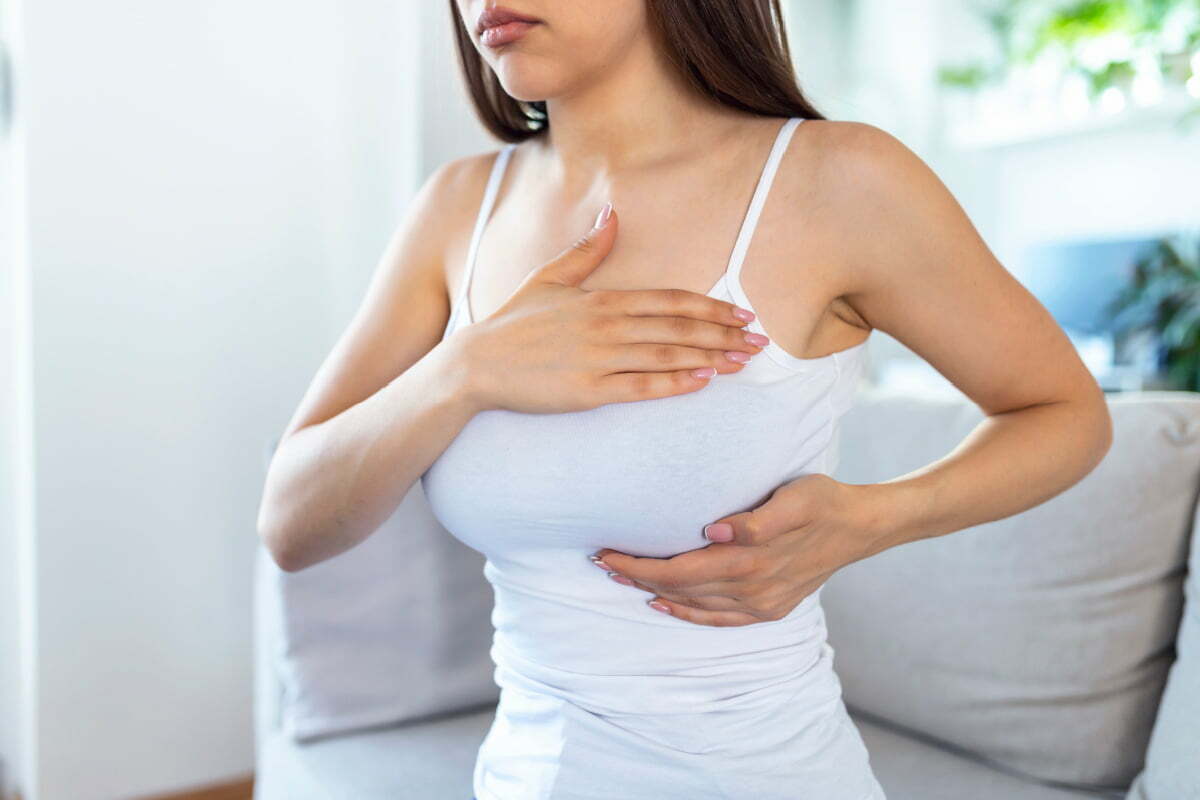 Women seeking breast enhancement trust their cosmetic surgeons to provide a beautiful, lasting result, and it can be hugely disappointing when complications arise after a seemingly successful surgery. One such complication, though rare, is the “bottoming out” of breast implants following breast augmentation surgery. If you have recently undergone breast augmentation and are concerned about your implants bottoming out, this post is for you.

What does it mean for breast implants to bottom out?

The bottoming out of breast implants is a phenomenon where an implant falls below a patient’s inframammary fold (the crease below the breast) after breast augmentation surgery. This downward migration of the implant increases the length between the inframammary fold and the nipple, causing the bottom of the breast to enlarge. Though it is possible for both breasts to bottom out at the same time, it is more common for one implant to bottom out, resulting in an asymmetrical appearance of the chest.

Signs your implants may have bottomed out

If you are experiencing one or more of the following symptoms following your breast augmentation, your implants may have bottomed out:

Overly-large implants combined with poor quality breast tissue create the perfect conditions for an implant to bottom out.

What causes breast implants to bottom out?

There are a number of factors that can cause breast implants to bottom out, including:

Bottoming out vs. a double bubble: What’s the difference?

People often confuse bottoming out with a “double bubble” breast deformity. Though these two conditions are both caused by an implant dropping below the inframammary fold, a double bubble often occurs after a surgeon has made a new, lower inframammary fold but neglected to fully dissect the original fold. Thus, after the implant drops, its bottom protrudes between the new and original inframammary folds, causing an unnatural, lumpy appearance to the base of the breast.

Can bottomed-out implants be corrected?

Breast revision surgery is performed to correct implants that have bottomed out by either repositioning or removing the implants. Breast lift surgery, clinically called mastopexy, may also be necessary to correct any loose or hanging skin if you choose to remove your implants.

Over the course of his 15-year career as a board certified cosmetic surgeon, Cosmetic Surgeons of Michigan’s Dr. George T. Goffas has adopted a highly-effective technique for correcting bottomed-out implants. While some surgeons simply attempt to raise and re-secure dropped implants by placing internal sutures within the breast, this approach creates the opportunity for the stitches to pull through the tissues and allow the implant to bottom out again.

Finally, Dr. Goffas will place retention sutures within the inframammary folds to raise the bottom of the breast and close off the old, stretched-out implant pocket, preventing fluid from collecting within the chest.

Can I prevent my breast implants from bottoming out?

Dr. Goffas offers his St. Clair Shores patients an internal bra breast lift as part of breast augmentation surgery to help reduce the risk of their implants bottoming out. During an internal bra breast lift, Dr. Goffas places a surgical mesh within the breasts, creating a strong internal scaffolding that integrates with the body’s natural tissues over time. This nuanced technique mimics a bra by adding support for augmented breasts along the inframammary folds.

An internal bra breast lift can add support for augmented breasts and help reduce the risk of implants bottoming out.

The internal bra breast lift can be especially helpful for patients who lack elasticity in their breast tissues but want fuller, perkier, more shapely breasts.

Looking for breast augmentation or revision surgery in the St. Clair Shores and Grosse Pointe area? Schedule a consultation with board certified cosmetic surgeon Dr. George T. Goffas to discuss your options today. Contact us online or give us a call at (586) 773-6900.